Upon hearing that both of us, me and the bitch are leaving the company for good, our dear suppliers immediately arrange a farewell dinner for both of us last night (yes, with that doggy bitch tagging along).

The farewell dinner was held at SOULed OUT @ Desa Sri Hartamas which is a bit far from my office and I have to pay a bit fair of toll money (@#$!&). Anyway, this well-known restaurant doesn't need anymore prior introduction as it is one of the coolest hangout place in KL. 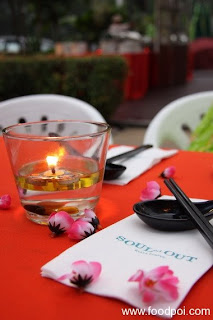 I quickly left the office early while the bitch is still having meeting (as usual, she always pretend to be very busy until her very last moment) so that she won't be able to follow me because she is a direction-idiot. Ooopss probably not...as her semi-botak secret lover who also hails from the same company is staying in Mont Kiara. Maybe that's why she know the direction too well.... uummm...always go there for pleasure or shall I say ONS or most probably several nights instead. LOL. 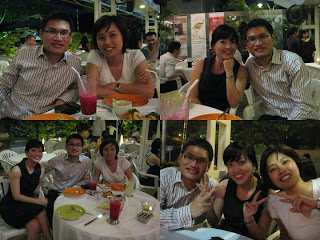 Me and two of the suppliers; Paige and Catherine arrived first. So, we ordered their signature drink; Dragonfly (mixture of Dragonfruit, strawberry and other fruits) which tastes quite good and apparently good for your health and skin. Besides that, we also ordered some appetizers first (naan, anchovies, seafood salad and calamari) while waiting for the rest to arrive. 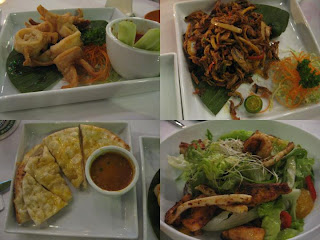 The bitch and the other supplier, Doris arrived later and we ordered the main dishes; Fish with pasta, wood-fired pizza (with salmon) and claypot Loh Shui Fun. The wood-fired pizza is quite nice as the crust is thin and crispy. As usual, there were too many food and we can't really finish all of them. 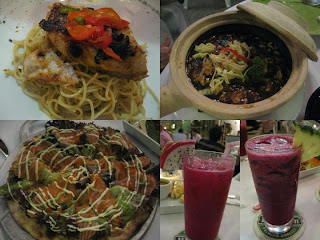 Finally, for my favorite part, the sinful dessert, we ordered their signature dessert (Lava Cake) and Banana Boat (with Haagen Daaz ice creams). The Lava Cake is quite sweet though and the taste is not bad. However, I would still prefer the Avalanche in Tony Romas. 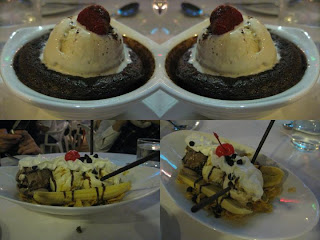 The super duper low-esteem bitch was very boastful tonight as she said that she has a long line-up of farewell waiting for her. People already started to book her 1 week later after she threw her letter. The bookings are so full for lunch until she needs to slot in breakfast for them and some even have to go nearby her house area after she leaves the company to give her farewell treats. That's nothing to be proud of, Bitch when your team members are not giving you any farewell treats. So shameful and pathetic. 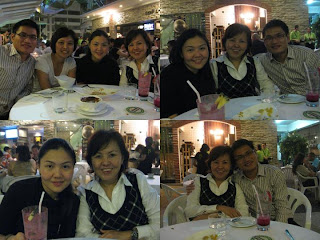 I finished off with a glass of JD coke (haha...my favorite drink) before calling it a night. Before I signed off, I need to extend my gratitude to my suppliers: Doris, Paige and Catherine for the wonderful dinner. Thank you.
Posted by Northern Sky at 11:44 AM