Chanel just unveiled still photos from the new Chanel No. 5 film ad campaign starring actress Audrey Tatou, who also stars in a biopic of legendary designer Coco Chanel (which I mentionned earlier on). This commercial has been reported to be more expensive than the five-year old commercial spot directed by Baz Luhrmann, featuring Nicole Kidman. 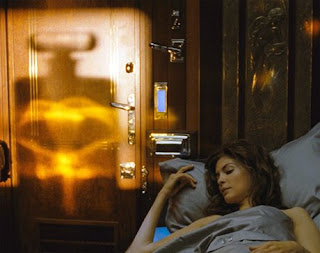 Per WWD, the new film will chart the story of Audrey and a mystery man (played by model Travis Davenport) who keep missing each other on a journey from Paris to Istabnul on the Orient Express. There is no dialogue, only the vivid color imagery Jeunet is known for: as Billie Holiday's "I'm a Fool to Want You" plays, he lingers outside her train cabin. 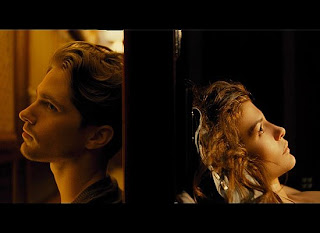 And later, in Istanbul, she misses the riverboat he is on, only to photograph him on deck from another ship later. 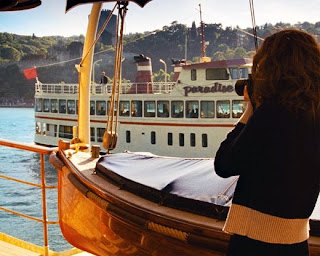 Finally, they meet, embracing atop a mosaic of Chanel's double-C logo. Can you spot them in the picture below? 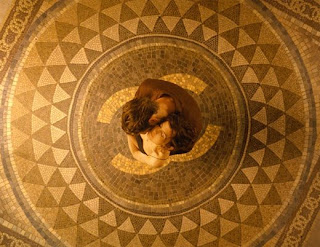 The 2 minute 25 second film is directed by French director Jean-Pierre Jeunet, who worked with Tautou in the Oscar nominated film that made her a star, Amélie.


Chanel No. 5 - The legendary perfume of all time!

A mythical perfume and the undisputed leader of creative fragrances, Chanel N°5 is the number one seller in the world. Mademoiselle Chanel, whose haute couture business was very fashionable in the 20's asked Ernest Beaux, a Russian perfume creator to develop a "woman's perfume that smells like a woman''.

He showed her two series of creations numbered 1 through 5 and 20 through 24. She chose the ''fifth sample''. For the first time Ernest Beaux had incorporated synthetic substances, aldehydes, in his formula – Blended with may roses and jasmine from Grasse, they formed a mysterious and indefinable scent. A work of genius! No-one had ever dared to deviate from single flower scented perfumes before. A superstitious woman, Chanel introduced her new collection on the fifth of May, the fifth month of the year, with the fifth sample as selected, and she named it N°5.

The first perfume to be contained in a simple, no-frills, geometrical bottle.A sleek and square bottle with perfect proportions. The shap of the cap is reminiscent of Place Vendôme in Paris. A classic example of 'Less is more'.

What is your favorite perfume? Tell me.