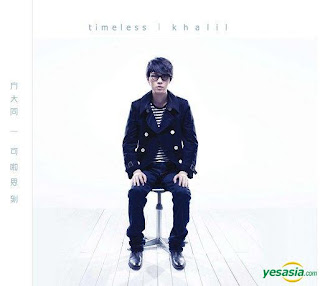 My favorite R&B singer, Khalil Fong is going to release a new cover album soon in mid-August that traces his musical inspirations.

This new cover album comes after his four original albums that were greeted with critical and commercial success.

Back in 2005, the year he made his debut, Khalil already had this idea of recording a cover album that is closely tied to his days growing up, and he would give the old songs new arrangements.

The time has finally come, and this self-selected collection includes 10 songs that have influenced him most one way or another.

This is a very personal project for Khalil, as behind each of these songs there is a story for him. For instance, the first plug "Red Bean" was a song his friends used to sing in karaoke when he returned to Shanghai in his younger days.

The tracks in his upcoming album: