Ryan Reynolds in The Proposal and The Nines 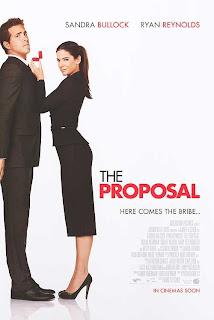 Last Sunday I watched the movie: The Proposal (starring Ryan reynolds and Sandra Bullock) and I would say that it is of one of the most romantic movie so far for this year 2009. I was probably laughed out loudly in the cinema as there were a lot of comedy scenes. Even though Ryan Reynolds is not very leng chai (means handsome guy in Cantonese) but I was amazed by his six-abs body. He must have really worked hard on his abs. 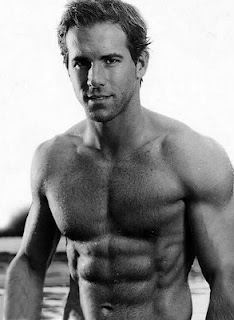 After watching The Proposal, I then remember I still have a DVD starring Ryan Reynolds which I haven't watch yet. Hmmm...so I went back that night to watch this movie called The Nines. But, this movie is really a philosophical mind teaser. This movie consists of three short films, each featuring the same actors in different and sometimes overlapping roles. 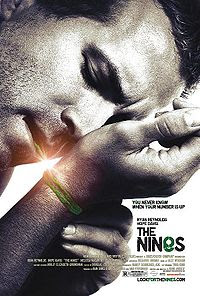 The movie explores several old philosophical and theological ideas, notably about multiple universes and Leibniz's idea that this world is the best of all possible worlds. By this, it is usually meant that, as an omnipotent being, God has chosen this "version" of all possible "versions" of the world.

It is clear that lead character Gary is not equivalent to God, but as Gary is told that he is a "nine" and God is a "ten". Thus, Gary is more akin to the god-like.

This movie ended with a song from Snow Patrol called The Finish Line which really suits the movie. Try to listen to this song in my blog. Enjoy the song with lyrics below.

THE FINISH LINE
-
The earth is warm next to my ear
Insect noise is all that I hear
A magic trick makes the world disappear
The skies are dark, they're dark but they're clear
-
A distant motorcade and suddenly there's joy
The snow and tickertape blurs all my senses numb
It's like the finish line where everything just ends
The crack of radios seems close enough to touch
-
Cold water, cleaning my wounds
A side parade, with a single balloon
I'm done with this, I'm counting to ten
Blue as seas, running to them
-
I feel like I am watching everything from space
And in a minute I hear my name and I wake
I think the finish line's a good place we could start
Take a deep breath, take in all that you could want

Yes, I am finally done with this and I'm counting to ten...
And make a toast for change...
A better change in life and career....
Posted by Northern Sky at 11:03 AM